After working seventeen days straight, I usually look to the outside world to give me occasional bursts of sanity. THIS and THIS surprised me, and made me wonder if the BBC was on a wind up.

I know Stop and Search is a risky topic, but Police Paperwork is a constant issue and this appears to be a "Politicians in Talking Common Sense Shocker."

The problem is of course, if the forms are scrapped, how can we be measured on things we do? Our many and myriad departments demand a certain number of stop and search forms from each officer to prove that he or she is working, how will they justify the existence of us Police Officers now?

In fact, there are people within my division paid full time to re type the details of the stop and searches on to a database. And others paid to compile the statistics that we create through them. And others paid to dip sample them, and present them to the senior management team.

This could be fatal. This could well be a move that will both reduce beaurocracy AND save money.

Surely someone in Government will scupper this plan, before wide spread common sense breaks out?


On another note, sorry for the gap in posting, I have no doubt that it has not effected most of you, but if it was distressing a counselling service is available. Please write to my duties office and tell them I need more time off.
Posted by Area Trace No Search at 10:35 11 comments:

Two days ago I had come back from a training day, got off the train and climbed on to a bus, when who should I see but Jack.

They were holding hands.

He didn't recognise me, and I sat behind him as they chatted on the bus. I kept thinking - Will Kate find out? What will happen if she does?

It's just like Eastenders.
Posted by Area Trace No Search at 12:05 23 comments: 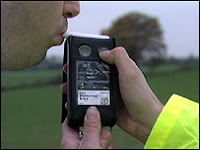 This is not a funny post; those looking for a funny post should like at my "Skippers and Magic" post - that is also true, but I have been told that it is apparently funny.

This is just good advice.


When I pull you over, after you have left a night club at stupid-o-clock in the morning.

When you have stalled the car in front of me, twice, whilst I am parked up at a junction filling out some paperwork.

When your lights remain stubbornly off in the middle of the night, despite other cars trying to attract your attention.

When it takes me nearly two full minutes of driving behind you with all the warning equipment on to finally attract your attention.

When you try and switch seats with your passenger, and then end up fighting with them as they are not happy to take the grief that is rightfully coming your way...

...I have some advice for you.

When I approach the car, do not call me "Oshcifer" and "Darling" alternately. Neither helps your cause.

When you have failed the breath test, do not call the three men in the back of the car out to "sort him out boys!" I may be single crewed, but I am not stupid. CCTV is watching me, and I already have units running to me.

If you are going to do the above - don't put the child locks on. It just cramps your style. Believe me. And your three, big, gangsta wannabes will find it hard to look tough whilst failing to get out of the car.

Do not reply to the custody sergeant's question of "What is your name?" with a vacant look, then "Er..."

If you do end up giving the above reply, do not give a name and birth date that is different from the one that you originally gave me. This WILL end up as yet another charge for you.

Do not offer to "Blow" the Custody Sergeant rather than blow into the station breath machine. He will not find it funny. In fact, he is gay. And obviously so. No matter how short your skirt is, you are not on a winner here.


And finally, and most importantly...

Do NOT flirt outrageously with every male in the Police Station with the intention of being released. Do not stroke the officer's arms with a wink. Do not start to slowly unbutton your top, one by one, as you are waiting to be fingerprinted.

The entertainment for us is very nice, thank you. However, it will not work, you will not be released because of your actions.

More crucially, when you turn up to court in your suit and sensible skirt, with your nice parents in tow, once they (and the whole of the court) have seen the custody CCTV, you will really wish that you had just kept quiet. 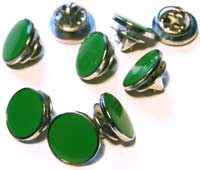 In Custody. Dealing with an arrest too boring to give the details of.

It was office hours, so there was a chance I may be able to hand over the arrest to a specialist investigation team - or failing that, a poor frustrated probationer who has been ordered to work on the Prisoner Processing Team.

It also meant that there were members of the Senior Management Team on duty. This means they can walk up to you whilst you are trying to negotiate with a drunken prisoner for his draw strings from his tracksuit bottoms, and ask you what you think of the current "divisional priorities." Or even ask you what they are.

I was attempting to write my notes, when an officer with silver and gold spread liberally on his shoulders approached me. A space cleared around me, as other coppers made good their escape. The custody sergeant started to type frantically and buried his head towards the computer screen.

Senior Officer: "Hello there, er... what have you got in today?"
Area: "An arrest sir."
SO: "Ah good, with a detection I hope?"
Area: "No sir, I'm afraid not."
SO: "Ok, well there is a push on them at the moment, we are all being measured on our personal performance when it comes to getting arrests and detections."
(WE are not being measured on our personal performance for that. I am being measured on my personal performance.)
SO: "What's that on your shirt, on the radio loop?"
Area: "A tie pin sir, a charity one."
SO: "Well, that may be so, but you shouldn't wear it - any personal statement like that can cause offence to other groups."
Area: "It's an NSPCC tie pin sir - who will it cause offence to? Paedophiles? I thought we wanted to make their lives uncomfortable?"
Custody Sergeant (in emergency live saving mode): "Er, Area, can you get your prisoner out of the cell, I need to talk to him urgently. Now, Area."

The tie pin has gone now, but not for the guvnor - I broke it in a fight with a drunken wife of a man we'd arrested for beating her up, a week later.
Posted by Area Trace No Search at 11:46 14 comments:

There are certain customers that all coppers know well, people that for some reason or another you have ended up dealing with more than anyone else on your relief. After a while, however reluctantly you end up taking a sort of ownership over them.

Kate is one of those people. I have been to my fair share of domestics at her address, rumbled in the streets with her drunken husband, dragged her out of bars and been to her "suicide attempts" that are nothing of the sort.

The flip side is that Kate, and her husband Jack both recognise me. On and off duty. I bumped into them in the supermarket a while back, which was unnerving.

I don't live in the manor I work in, and they had no reason to be there, but they were in my local supermarket. Both smiled and nodded, and stupidly I nodded back. Even more stupidly, on a reflex, I said "alright?"

So she told me. In great depth. Her relationship problems in full, with Jack besides her, grinning inanely.

Kate leant towards me, slyly. "I'm going to court against him next week."
I glanced at Jack, who smiled and nodded again. "Will you give evidence against him this time?"
Kate straightened up, with a satisfied look on her face: "Probably not."


Last week I was at Kate's house again. Jack had a large knife, and had decided to redecorate the living room with it.

Kate was chatting happily to another officer, whilst three of us stood outside the living room where Jack waited with his commando knife.

I edged the door open slightly. "Evening Jack."
I tried to take in as much as possible. Jack was sitting in the far corner, in an armchair with a large bowie knife on his lap, surrounded by beer cans. I figured with his semi prone position and the alcohol he had obviously consumed, I would have time to get the door shut if he went for me.

I opened the door wider.

"Hello offisher." Jack didn't look at me.
"How did court go, Jack?"
"Can't remember."
"Things not going well with you and Kate at the moment, Jack?"
My eyes took in the smashed mirror, the slashed curtains, the ripped sofas, the broken pictures and glasses on the floor.

Of course, this meant nothing. Any of those things could have been damaged at any point in the last seix months.

"Jack, how about you put down the knife mate, it'll make this whole evening a lot simpler."
Jack looked at me for the first time, and he blearily tried to focus on me. I tried again: "Jack, put the knife down now!"
Jack looked hurt, and put the knife on the floor, then kicked it over to my feet. "You didn't have to shout."

As a calm and downcast Jack was led down the stairs of the block, I went to speak to Kate. She smiled tiredly at me. "Hello love. What's he been nicked for now?"
I stared at her. "You called us, Kate."
Kate paused, then shrugged. "Oh."
I attempted to gain a foothold of reality in the sheer cliff face of insanity that we were climbing together.
"Kate, do you want to make any allegations against Jack?"
Kate giggled, then burped. "No. Why would I?"
I paused, knowing that introducing any complex ideas at this stage would not be of any help. Sarcasm control to 'off.' "Kate, you called the Police. Jack had a knife, he was smashing up your flat. He's in handcuffs now in the meat wagon. What do you want to happen?"
"I'd like another drink."

Breach of The Peace it is then.
Posted by Area Trace No Search at 01:12 14 comments: