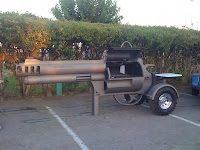 This has been a semi regular post to write recently. Another post apologising for my lack of them.
This is partly to do with a recent huge amount of Aid requirements, meaning spending very long periods of time in the back of a public order carrier.

It is also partly due to the fact that recently I have been doing courses. Courses that have the potential to (hopefully) make me some money and get to do some more interesting Policing type things. Although I've no plans to leave response team at the moment - I like my days off too much.

More important than either of those is the fact that I am actually quite enjoying work at the moment. A lot of my blog posts (as per the norm for Police blogs) are inspired by moaning. By bad shifts, by not enough time off, by crap from above.
All this and more is still happening.
But.
Sometimes in this job you just go through purple patches, and I am tentatively having one at the moment. The bad shifts keep coming, the crap keeps coming down and the calls don't stop.
But.
I am being left alone to play at work by my direct supervisors, I've got some more interesting things to do, and of course it's sunny.

And now I bring myself to the most pertinent point in my lack of posts.
It's sunny, and recently I have rediscovered the joy of making the most of my rest days. I've made new friends, strengthened friendships with acquaintances, and got closer to previously already close friends. I'm a lucky man. Barbecues, food, drink and company make the joys of the internets pale in comparison.

Is this thing still on..?

It was a lonely Sunday evening night shift, and we had but one thing to be excited about.
We had been warned that at 0100 hours the radio system would go down for five minutes.

As the night wore on, we were given regular reminders that it would be happening.

At about ten to one, the controller keyed up "All units Bravo X-ray, just a reminder about the switch off for maintenance for the airwave sets. There will be no receiving or transmitting capability from 0100hours for a period of five minutes at most. A repetition, no radio capability from 0100hours for a period of five minutes maximum. If there are any problems after the five minutes or the radios don't come back online, call me direct."
Silence
"Er, Bravo X-ray from BX201 - how do we call you direct to let you know the radios aren't working, if, well, the radios aren't working?"
Laughter around the borough. The femal controller keyed up again:
"Sorry petal, I don't make the rules. I'm sure I'll think of something by then..."

A wonderful example of prior planning by the met.

Incidentally, the radios did come back on line after just under five minutes, and no one died in that time.
Posted by Area Trace No Search at 12:53 16 comments:

This happened a few months ago, but I was reminded of it when attempting to clear my locker out of some of the debris and detritus that had collected in it.
A futile attempt at an unachievable task, incidentally.

Whilst sorting through the memos I had been handed on various ops, damaged uniform, discarded public order kit and paperwork that I needed to submit, I found a PNC print off that took me back.

I had been on patrol in a borrowed Patrol car, a pool car of the worst type.
High mileage, older model, smelly - Police readers will be wondering how this differs from standard patrol cars, but our motor was all that and more.

Whilst heading along a dual carriageway after resulting a domestic we had been to, I saw something that made me hit the brakes, hard. A car (a light blue Toyota Corrola) a short distance in front of me had obviously decided that they didn't like being on the route they were, and as a result had taken the (entirely logical) course.
Slowing rapidly from 70mph, the car had indicated into the right lane, then bumped over the central reservation. Finding themselves facing the wrong way into the traffic coming the opposite way, the driver had then proceeded to flash their headlights and honk their horn before driving a hundred yards the wrong way and turning off the carriageway into their intended road.

Myself and my oppo stared open mouthed at each other for a brief moment, then without any further hesitation hit the blues.

The manouevere that the Toyota had pulled was too dangerous to do, even with blues and twos on. It was getting dark, and I hadn't counted on ending up in hospital this shift.

We sped up to the next roundabout - luckily not far away - and span round and back on the opposite carriageway. A sharp left into the road the Toyota had gone into (for the more action minded of you, we managed an accidental prolongued squeal from the tyres at this point) and I slowed the car down to a crawl as we started looking down the side roads.
My oppo nudged me, and pointed to a set of tail lights ahead. "That's that expletive Toyota"
I pulled up behind the Toyota, which was heading along at a reduced pace after seeing the flickering of blue lights in his rear view.

The car drifted to the left and stopped. My partner got out to speak to the driver, and I ran the VRM (Vehicle Registration Mark) through the MDT (Mobile Data Terminal) in the car.
The Insurance tag flashed up - "NO INSURANCE."
Interestinger and interestinger. 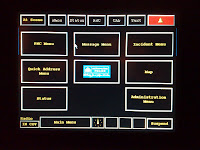 My Mobile Data Terminal in action


I went to join my oppo and the driver. The driver was a West African, and indignant at being pulled over.
My partner took a couple of steps back and started to do a name check, keys of the Toyota now safely dangling from his belt. I approached the window to receive a barrage of abuse.
Apparently I am "not a Godly man," I am "an evil person" and "God will punish me."
This before I had even said 'hello.'

I pulled an IRB from my vest, and started to fill his details into the booklet. I had already decided that this person should not be allowed to drive after the stunt he had pulled, and that I would be giving him an opportunity to explain his dangerous driving to a court.
I explained he would be reported, then started to do the infamous 'warning formula.' "I am reporting you for the question to be considered of prosecuting you for the offences of Dangerous Driving and Driving with No Insurance. You do not have to say anything but it may harm your defence if you do not mention now, something which you later rely on in court. Anything you do say may be given in evidence."
Unfortunately, I was distracted and it took me a couple of attempts.

My colleague was standing behind the Toyota, illuminated by the flickering strobe lights. And giggling like a loon.

I noted the driver's reply ("You have no authority. I am a business man"), and went back to the laughing officer. "What's up?"
"Sorry Area. You can't stick this fella on."
"Why not?"
My partner said nothing, and just pointed to the rear window, with a window sticker on it.
A simple message: "God Allows U-Turns." 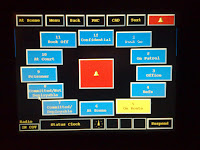 On to another call
Posted by Area Trace No Search at 22:40 21 comments: