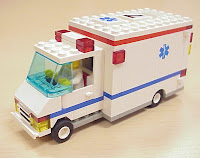 As we meandered our way through the streets, enjoying the lull between the pub kick outs and the night club kick outs, the radio crackled into life, shattering the fragile peace.

"Bravo Xray 21 or any other Bravo Xray unit now, units to attend Johnson House, Hackett Street, abandoned phone call with sounds of a disturbance, on an 'I' grade."

An 'I' grade call is the top priority for calls in The Met.

I called up: "BX23 to your last," and two other units (amazingly) were also free and answered up for the shout.

I arrived on scene at the same time as one of the other units, and called our TOA (time of arrival) on the radio. As I climbed out I saw that the other unit was being driven by a good friend of mine, Sam. I winked at him as we parked up by his car, close enough to make him have to get out of the passenger door. All four of us walked to the block, a new build that I'd never been to in a nice part of the division, with controlled electronic access.

There was no answer to the door buzzer, but a neighbour let us in after we had hammered on her downstairs window for a while. As we entered the block, sounds of shouting drifted down the stairwell and I started to run, as did the boys with me.

What we should have done was got the lift.

As we wheezed up to the address on the fifth floor, a woman was standing outside. She seemed worried but not frantic, and the shouting had stopped. "Thanks for coming so quickly officers, Joe is inside and he's gone a bit funny again, I just need him out before he breaks something else. Or starts playing with the kitchen knives again."
We paused. Sam and I swapped a look. I decided to try what we like to call "investigating."
Area: "You say Joe has gone funny... What exactly does 'funny' mean?"
Strangely Calm Woman: "He sometimes gets little bad patches. That's all."
Area: "You said 'again.' What happened last time?"
SCW: "Well, the police were very understanding really, no one really got badly hurt."

There was a sound as Gary, twenty years old and with a hand on the door knob about to go in to the address let go of the handle as though it was hot, took a step back and buried his chin into his protective vest thoughtfully.

And then the shouting started again, punctuated with crashes from the house. It sounded like there were two very pissed off people having a major argument.

Deep breath. Sam gripped the handle and opened the door to the address. "Brave man," I thought. Sam looked at me, and beckoned me forwards.
Sam: "After you."

Joe was naked. Bleeding from a scratch on his neck. Six foot two in height, slim build, bulging darting eyes. And stationary in the middle of the kitchen.

I thought back to the comment about kitchen knives. We fanned out around our side of the room, and I attempted some light conversation.
Area: "Er, Joe I presume? Watched the football today?"
Joe: (Breathing heavily) "No."
Area: "Ah, right, me too. Um, having a bad day today Joe? Would you like to see a doctor or talk to someone about it?"
Joe: "No."
Area: "Ok, fine, good." I searched the room frantically with my eyes for inspiration, and noticed a crucifix on the wall with a plaque beneath it.
Area: "You a church goer Joe?"
Joe: "Yes. Jesus talks to me. So does God."
Area: "That's nice..."
Joe: "He's talking to me now. That's why I'm being nice to you."

The problem in this situation is that we have the power to section people under the mental health act, but not inside their own homes. And he wasn't committing any offences by smashing up his own flat. We continued to chat, in broken fractured syntax as calmly as possible, trying to keep Joe from hearing any bad messages from God.

Gary was pushed out of the way, and two Ambo staff strolled in. Joe shifted slightly and I heard rather than saw Sam draw his asp and hold it by his leg.
Ambo 1: "Evening Joe. Have you been causing trouble again?"
Joe: "Sorry."
Ambo 2: "Haven't been here for a while Joe. You coming down to the Hospital now Joe?"
Joe: "OK."
Ambo 2: "Come on then mate."

We stared in silence, feeling more than slightly inadequate as the LAS crew led Joe out to the Ambulance. We followed the Ambulance up to the hospital, and whilst Joe was talking happily to a Nurse, I asked the crew how they had managed it.
They laughed.
Ambo 1: "Well, we've been there before. He decided to kick off one time, and so we kicked him out of the ambulance until he behaved."
Area: "And that worked!?"
Ambo 2: "Well, it was 2am in the middle of January."

I hate starting work at 0600hours. The traffic is less, I agree, but I just can not get used to getting up at half four in the morning. That is very definitely night time, even on nights I get tired then.

The work isn't my favourite either - there is a lot of lower graded calls, the less exciting stuff; basically a lot of it is finishing things no one wanted to do before, or doing little tasks like picking up CCTV for CID officers (some CID officers aren't capable of going outside the police station during office hours). And as rush hour hits getting anywhere without the nee-nar button takes a long, long time.

The good points do exist. The best thing by a long way for me is the fact that as the call volume is (usually) lower, parts of the team get to meet up sometimes, usually over a health packed breakfast of pig and eggs.

Oh, and how could I forget... Doughnuts. Over a set of Early starts there is nearly always a late arrival to the party. And, in the traditional way, it is their job to turn up with the doughnuts.

As my friend once said to me, "This job is the only one I've ever had where if you are late to work, you take the time to stop off at a bakery or supermarket on the way - it saves time and grief later."

My Inspector is like the rest of his team, and is not a happy bunny when we parade at 0545hours. Any person foolish enough to make a joke, wise crack or stupid comment on Early parade will be met by a group of blank looks from the majority of PCs, a sigh or two from the Sergeants, and no reaction at all from the Inspector. But guaranteed he will remember, and come time for the next crappy posting, the foolish officer is to the forefront of his mind.

Guess who that foolish PC often is?