So today has been an interesting news day for the Police.

In one article, we see that ex-Commander Dizaei has now been fired by the met.
Good riddance, and it's nice to see that we've finally rid ourselves of him.
Incidentally, the Met stopped paying him as soon as he was convicted - so at least he hasn't been adding to his nest egg whilst in prison.

Also, a verdict (and hopefully some closure at last) for Sgt Smellie.

When this News Story came out, I was uncharacteristically silent about the matter.
This was partly because I was actually at the G20 and so couldn't pretend to be objective so close to the incident. It is also because I know some of the people involved in this investigation.

My opinion now (for what it's worth) is that the courts made the right decision.
The video of Sgt Smellie striking Ms Fisher is uncomfortable viewing, and is not pleasant to watch at all.
Unfortunately, many actions within a public order environment are not pretty. Our sensibilities are understandably designed so that a woman being struck is not something we want to see.
But British law provides for the person using force NOT to be omnipresent, and NOT necessarily to be able to judge all of the facts in the cold light of day. Sgt Smellie was in the middle of a very long tour of duty (I did something like seventeen or eighteen hours on both days), surrounded by a shouting mob, jostled, objects being thrown, and attempting to protect the officers behind him who had their backs turned - and were dealing with something else and so unable to assist or defend themselves.

The thing that struck me throughout the video was how calm the Sergeant is - he does not look to me like a man panicking and unable to make reasoned thought. He looks like an officer in a pile of shit who calmly uses approved officer safety methods to build distance and space and to prevent either an aggressor or potential aggressor from attacking him. His serial are behind him and afterwards he goes back to staying at the back of his serial - Sergeants are trained during public order training to do exactly that, and to make judgement calls about whether to split or even turn the serial to deal with threats. He made the judgement call to protect his serial and allow them to continue to Police.

Have I ever hit a woman with a back hander? No. Have I struck a woman in other ways? Yes, absolutely.
Although we deal with hundreds (thousands?) of peaceful protests in the Met, we also deal with numerous public order incidents of varying description. Sometimes officers have to use force - and they should only be judged (as law states) by the information available to them and the situation they were in at the time.


EDIT - for my views on the G20, written after my policing experience there, see HERE
Posted by Area Trace No Search at 20:27 231 comments:

Twelve seconds of adverts to wade through at the beginning, but worth it I think.

Bill Nighy is one of my favourite British Actors.
Posted by Area Trace No Search at 15:02 56 comments:

A few days ago I was on patrol with a colleague who had recently joined our team.
Whilst cruising around one of our many sink estates, looking for a wanted male, a call to a pub fight came out - it was closing time so not an unusual call to get.
"Any unit Bravo X-ray sector to a disturbance at the Hare and Billet Pub, Brixley Road. Informant states twenty plus fighting with weapons, on an I-Immediate grade."

As the units started to answer up, I called up and accepted the call as well. We weren't far, and I turned to my oppo and said "I wouldn't worry, that place is always calling in fights. Every time they mention knives or serious injuries or gangs, just to get us there quicker."
I pootled at a reasonable clip down the hill leading to Brixley Road, and pulled left at the junction by it. Blues and Rear reds left on to show other units where we were as much as fend off traffic.

My partner called up on the radio and showed us on scene - as he did, a bottle came sailing over the pub wall and landed on the bonnet with a thud.
Ah.
As soon as we opened the car doors, we could hear the shouting and "sounds of disturbance" that the sealed windows, chattering radio, sirens, and heater on full had hidden. I leant in the car and pushed the horn of it, activating the two-tone sirens again. I wanted the people fighting to know the Police were here, and hopefully stop... I also called up on the radio and asked for an eta for back up units.

As I did, I saw my colleague disappearing into the pub.

Muttering aspersions about his parent's marital status when he was born, I followed. I drew my baton and racked it, adrenalin completely failing to overcome the very real and well placed fear that had taken hold. As I got to the door way I was greeted by the edifying sight of my colleague coming back towards me, sharpish. "I didn't think it would be as bad as it sounded," he breathlessly said.
"And?"
"And it's as bad as it sounded."
As he talked, a pint glass hit the ground and rolled towards us. Followed by what appeared to be a chair leg, this time thrown with more conviction. Reacting simultaneously, we made our way back to our car to wait for more units to arrive

A borough's worth of Police units, and two public order carriers later, peace was restored.
In the wonderful way of drunken scraps like this, no allegations were made. The pub was trashed, there were bloodied and bruised people with ripped clothing scattered about, and numerous people handcuffed after showing aggression. But of course no one saw anything, no one knew who had started it, no one wanting to give details.

Fast forward to Custody an hour later, and a group of four Custody Sergeants getting very pissed off with large group of people being booked in for being Drunk and Disorderly... 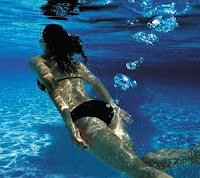 Here in Metrocity, we are very aware of diversity issues and as street Officers regularly take a moment to challenge stereotypes.
As part of this drive for equal inequality for all, a couple of younger female PCs have been doing the kind of thing that one would usually associate with males.


There are two entrances to our custody suite; the way in from the yard (where the naughty people are brought in from), which is a set of secure metal gates, easily opened from the outside to let people in but locked from the inside.
There is also a set of double doors, in an airlock format, that leads from the cells to the nick. They work together so that one can not be opened unless the other is closed - hence the airlock idea.

The two delightful young ladies mentioned above have been known to play a 'game,' where they will pass wind whilst in the airlock area, thereby trapping the odours between the doors for later people to enjoy.


**EDIT** I post this secure in the knowledge that even if the girls involved read this and realised who I was, they would have more potential for embarrassment than I would if they went public...
Posted by Area Trace No Search at 14:03 66 comments:

Thin Lizzy sang: "Tonight there's going to be a jailbreak, somewhere in this town."

I'm going to take a stab in the dark here, and guess... the prison?


Meanwhile, an example of GOOD POLICING. And good protesting, come to that.
Posted by Area Trace No Search at 13:00 67 comments:

Recently I was sitting around the table with a few teammates, a Sergeant and an Inspector from another team. We were discussing the various jobs we had dealt with or were dealing with, when a probationer PC piped up about a shoplifting job he had ongoing.

He'd just picked up the CCTV from the shop, which was of the usual quality - nice to have, but nowhere near good enough for a conviction by itself.
He'd played it back and had spotted a black male going into and leaving the shop at the appropriate time, and the suspect that he had arrested at the scene and who was sitting in custody was a black male.
The officer said "The useful thing is, there aren't many black people in that area, only two come in during the whole time, so that makes things a bit easier to ID him."

A long intake of breath followed.

The young in service officer paused. "What?"

Whispered conversation between the Inspector and Sergeant, then the PC was invited out of the canteen to have a chat about his "potentially racist attitude."
How have we got to this point, where a young, naive but eager PC is excited about the prospect of arresting a suspect and he is spoken to about his potential racism?

Yes, the words may have been misconstrued if seen in an isolated sentence. Yes, someone that wasn't in the conversation may have misunderstood. But in the context of the conversation, it was a simple case of a young copper wanting to be able to charge a recidivist thief.

The really sad thing is that the Inspector involved didn't for a moment think that any racism was involved, and the same goes for the Sergeant. What they didn't want (understandably) was to be seen to be allowing racism.

It's hard to keep up sometimes.
Posted by Area Trace No Search at 18:42 77 comments:

My last post about PC Blakelock attracted a lot of attention, some of it negative.
As a result I've locked the comments and deleted some of the worst trolling.

I've absolutely no problem with being slagged off myself, I've put myself in the public domain like this so fair dos.
Some of the commenters that have had a pop at me in the past have also been correct.
However, using my blog to attack other commenters - or worse, the memory of a man like Keith Blakelock - isn't on I'm afraid.

Here is something slightly less contentious: