A bit of advice for those of you lacking the requisite brain cells to think for yourselves.
As I do after finishing Night Duty.

When returning home from a long weekend set of nights, and stumbling half dead around your home at 0700 hours, do not be tempted to do first aid on yourself.

If you are, remember that the paste you are looking for in the medicine cabinet to soothe the cuts and scratches on your face is in fact Germolene - NOT Vicks Vapour Rub.

One is significantly more pleasant than the other to apply to your injuries. 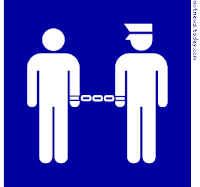 I got called to assist one of our PCSO colleagues the other day.

It was very funny, albeit unintentionally.

Three PCSOs had been on patrol (in an unmarked car) in the town centre, and had been flagged down by an observant elderly gent, who had asked them for some assistance.
He had noticed a couple of young men in a public toilet being slightly more friendly towards each other than was socially acceptable.

The PCSOs promised to help out, then went to the toilet. Funnily, someone else had already called this in on the 999 system, and the CCTV cameras had been pointed at the facilities.
I was in the IBO (Integrated Borough Operations Room) at the time, trying to get a broken radio replaced, and so had a good view of the goings on.

After taking the elderly gent's details, the PCSOs got back in the car, and drove the ten yards to the toilets.
Two got out - obviously the driver wasn't planning on spoiling his day.
The two PCSOs then held a heated conflab outside the entrance to the toilets - I'm guessing they were working out whether they really wanted to get involved in this.
They then both walked back to the car.

Our IBO Supervisor is a canny Sergeant, and he had also been watching. He leant over and spoke into the microphone:
"Bravo X-ray from IBOS, can I have talk through please?"
"Go ahead"
"PCSOs outside Brixley Town Centre Toilets, can I have your shoulder numbers? I take it you're dealing with the nuisance call to them?"
A pause - both PCSOs stopped with the car doors open, then started to walk back to the toilets, defeated.
"Yeah, uh - show 7999 and 7123 dealing"

I started to feel a little pity in the depths of my soul, and said to the Sergeant "I'll go and help them out Sarge, my operator is putting on a crime report but I'm free."
I wondered down to my police car in the yard and started to trundle towards the location, a three minute drive. As I drove, the radio burst into life with a panicked voice: "Bravo X-ray - I need a unit here to assist!"
I started to drive a little harder and reached for the blues, I was very close at this point. "PCSO transmitting from Bravo X-ray, shoulder number, location, what've you got there?"
The breathless response: "Bravo X-ray, there's a man in the toilets and he's masticating!"

Um. I didn't know that was an offence...

Anyway, after recovering from the hilarity I arrived to find the PCSOs waiting safely outside the toilet, having opened a cubicle and spotted a young man entertaining himself before making a sharp exit. He was suitably dealt with, and the PCSOs drove away at speed, thankful to be out of there.

Incidentally, the male wasn't masticating anymore when I went in there.
Posted by Area Trace No Search at 15:06 23 comments:

After the depressing tone of some of my previous posts, a cheery interlude courtesy of a mate - PC Pinkstone.


And I leave you with this slightly sloshed thought: Have any of my Met readers ever actually met the famed "R.Duggan?"
A man who has been everywhere in the met, to the most unpleasant and feared parts of our stations.
A brave man, who so far has remained an unsung hero.
Posted by Area Trace No Search at 22:21 11 comments:

Christine Nixon, the Commissioner of Victoria Police says about the bodies: "Road by road, house by house, we are working our way through," she said.

"As we go into areas now that we haven't been able to get into before, we believe we'll find many more."

Thoughts with the men and women of the Police and other emergency services at this difficult time.

The task ahead is being given to a new task force set up, read about them HERE

To the Officers involved in the coming investigation - go get the bastards.
I'm a big fan of Ozzy cops, and now so more than ever. Drinks on me, boys and girls.
Posted by Area Trace No Search at 20:17 17 comments:

As an aside to my last post - I wasn't exaggerating.

Good on him for stepping up. I would be interested to know if the many witnesses helped the brave officer who had got involved, despite having no officer safety kit or way of getting back up.

I would also be interested to know if he'll be so keen to get involved next time...
Posted by Area Trace No Search at 21:36 42 comments:

Once again we see victims calling for help and not getting it, or getting it too late. Witnesses not located and suspects not arrested.


Once again we see officers hurt, Doctors called to custody, injuries compared, visits to A&E for others.

A normal shift then.


Except I have an admission to make. Maybe I'm getting soft in my old age, or maybe I'm just getting grumpy. But I can't accept that; seeing two female colleagues comparing bruising and cuts from another violent individual whilst typing up their notes in the writing room.
They're not going to report it - why should they? They're off in an hour, and have a set of case papers to do. What would be the point in tracking down a Sergeant then spending up to an hour filling in the appropriate injury on duty forms on top of their paperwork and their trip back to the nick they paraded from.

So once again the figures are adjusted to give the impression that we're not losing the fight for the streets.

Usually, we compare injuries, talk about the incidents and then moan about the frustratingly inadequate punishments at court - eg £50 for hospitalising a Police Officer attacked randomly on the street.

This then inevitably leads on to the "what's the point" conversation. No, we have no answers for that question. But someone (often me) always makes a mildly amusing comment, then we head back out and take the next 'Immediate' graded call.

I've run out of amusing comments though.

I don't think it's acceptable for us to be injured so often. "Police Officer injured in brawl" means little.
When it's your colleague, your boss, your acquaintance, your friend, your travelling companion, your confidente, your lover... suddenly it doesn't seem so palatable.

I don't take insults, calls, crimes, victims or suspects personally anymore. I have dealt with all manner of violent deaths and injuries, come home covered in blood on numerous occasions (some of it mine), delivered death messages and dealt with sobbing traumatised victims.
Then slept like the proverbial log.

But whenever an Officer is assaulted or injured, I take it personally. Every time, and the problem is that it's happening every shift now.

This is a more regular event than most politicians will ever admit.
Posted by Area Trace No Search at 23:54 36 comments:

I have talked about traffic stops, and my experience with traffic Policing on occasions before. However, I am confused by THIS news story.


Yes, it says that the Met will no longer be enforcing minor traffic laws - but that doesn't confuse me.

I do regularly process people for No Insurance, No Driving licence, or other similar serious offences.

Partly this is because of time constraints, we simply don't have time to search out traffic offences. It's also due to the alienation of the public idea.

However, according to the news story at least, it states that we "no longer have legal power to enforce certain moving traffic offences involving non compliance with signs."

No Entry signs non enforceable by Police?
I personally think that No Entry signs are not a minor issue, in some places they are safety critical - hence why they are endorseable (points on the licence).
Surely publicising this simply means that people can do what they want in front of Police cars, safe in the knowledge the most they'll get is a bollocking?

Incidentally, I didn't get this "memo" at work about not having this power. Nothing's come through my emails, or my Borough briefings.
Posted by Area Trace No Search at 12:02 17 comments:

This has nothing to do with the Police. I've been searching through the blogger and internet world, and thought I'd show some of the Gems I've discovered.

This is obviously in lieu of a real post.

Bus Slogan Generator - a perfect response to the atheist campaigns on buses.

Complaint Letter - one of the best complaint letters I have ever read.

McDonald's Job Application - I don't care if it's real, it's just hilarious.

Ukelele Weeps - Showing that even the humble Uke can be elevated to greatness.

More Music Talents - Who needs a slide? Or a second guitarist?

And finally:
My Dream Car - Someone's selling it, and I'm still nowhere near affording it. I'll keep dreaming...
Posted by Area Trace No Search at 15:07 9 comments: 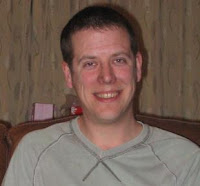 Thoughts and prayers to his family - they've yet another tough day ahead of them. Hopefully the sheer number of coppers going to the funeral today will give an indication of how well liked he was.

Riders For Health
Posted by Area Trace No Search at 06:57 10 comments: