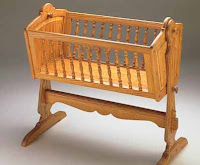 Many officers, on blogs, in books, and even face to face admit to being affected by their job in many different ways.
The side that is usually only touched upon as briefly as possible is the emotional side.

Although, as with all emergency services, we 'toughen up' and the vast majority of things become day to day, there will always be things that effect us.

Sometimes these are things that you wouldn't expect to have that effect; something or someone you've dealt with many times before. These take you aback as much as they upset you. I think personally that part of that is because as coppers we have to accept that there is a chink in our armour, that sometimes, something does get through.

Not too often luckily, else we'd never be ready to go to the next call.

One of the things guaranteed to be difficult for blue light responders is dealing with children; especially sexual abuse cases, or anything at all to do with babies.

In the incidents I've been in which have involved young children, every officer has done the job proud. Training kicks in obviously, as does experience. But humanity is the most important trait at times like that and it is one of the times it is important to use it rather than keep it out of the equation.

Seeing the parents is always the bit that gets me; I've never teared up yet at work, but I've definitely felt washed out completely afterwards.
At one incident, I was sent halfway through a night duty to what was described as a "six month old baby not breathing, LAS on route."

I arrived on scene to be greated by a hysterical couple, clutching a baby that was turning purple as I watched.
Suffice to say that whatever you think you know about CPR, doing it on a baby of that age takes a lot more concentration than on an adult.

The baby girl was pronounced dead after nearly an hour of an entire resus department at A&E working on her, and I stupidly volunteered to tell the parents - they knew anyway, but it needed to be said.
They reacted as any loving parents would.

I walked away to give them a few minutes, and to get some air myself. To be honest, this is when I started feeling it, and frankly what I wanted was a bed and a few shots of whisky - not necessarily in that order.

What I actually had to do though, was pick up the baby and take her to an observation room, tear the parents away for a while and then inspect the body for signs of abuse.
Praying all the time that I wouldn't find any, and luckily my prayers were answered on this occasion.
During all of this, recording my actions in an IRB (Incident Report Book), and then taking details from the parents, getting an initial account of what happened from both, whilst trying to console them.

I'd about reached breaking point myself, but everytime the I felt like taking a break I looked at the parents and reminded myself that they couldn't "take five."
A subtle knock on the door interrupted the quiet sobbing, and a nurse poked her head around the door. "Sorry to intrude, but your son, Jason, he's just turned up"
Cue panicked looks from the parents. The Mum spoke; "He's only fifteen - how am I going to tell him?"
After a long and uncomfortable silence, I sighed soundlessly to myself. There wasn't much else I could say: "Do you want me to tell him? I don't mind."
Not pleasant.

In the wonderful way of the job of course, after I had handed the parents over to the specialists after a couple of hours, it was back to the nick for a statement and then back on the streets again.
To be fair, if I'd asked I probably would have been allowed home. But what would be the point? I wouldn't be sleeping anyway, so being out on patrol made more sense than sitting by myself in a darkened flat trying to keep quiet.

I don't mind admitting that the nightmares took a little while to stop afterwards though. Seeing a father cradle his baby daughter in his arms for the last time is not something that is easily imagined, and even harder to forget.
Posted by Area Trace No Search at 17:27

No wonder you needed a drink it really doesn't bear contemplating...well done to you and well written as always.

You do still need to mail me so you can gain access to me..xx

Sorry area, some days are just shit. On a day like that though, the best thought to think is that you get to go home at the end of the shift, the family have to come home to it every day. I find that dealing with people's extreme misfortune makes me appreciate what I have more than I ever would otherwise.

i find 'just getting on with it' is the best way to deal with this sort of thing, especially when its busy. The hard bit is when it ends and you have to go home, sometimes i wish i could just keep working.

Mate, things like this do put life in perspective and cannot fail to leave a mark on our psyche.I can't believe Ive passed a psychometric test! I found it easier when I had the good fortune to come home to my ex partner, but not so easier now she's gone coming back to a cold empty house..

Mind you, Im still not sure whether she left because of my job or my love affair with my Xbox 360 (shrugs)

Hang in there good buddy:)

Beautiful post ASNT. When it stops bothering you is probably the time to worry.
You can work the job and talk the job and live the job, but you never are the job. You are human. The parents might remember you, or they might not, but you can be sure if you had not been compassionate they would have always remembered it.

Thanks all - Max, with you there mate.

I even posted about it once...

Sometimes the job just sucks, but ultimately we become stronger emergency workers because of these situations.

Chin up and have a whiskey on me!

I can't think of a job where you have to deal with a bigger range of things: from giving people directions to trying to save a baby's life to telling the 15 year-old brother.

You have my respect and admiration.

thoughts running through my head.... said...

On such occasions you cease to do your 'job'. You're just a person in a uniform dealing with life at its most raw and brutal. And I guess that's the whole point.

Guys like you are the axis on which our civilisation turns, and we need far more like you.

Absolute and unconditional respect and sympathy for what must have been a truly horrible situation for all concerned.

Area, you did fine, people like you will always do fine, a credit to the job, take care. And we need to do a raid soon! Are you in?

As a non-cop nor a person who has ever see anyone dead - I cannot believe what the "good" cops have to deal with... and to those "good" cops - I bless you all.

Hang on - I'm an atheist... but I hope you understand me.

wish i could reach across the pond to pour you one from my bottle of tullamore dew, it sounds like you could use a drop of the good stuff.
"gunner"

And that's the main reason that I didn't join the police.

I have the greatest respect for anyone who can do that sort of thing without it making them become 'unprofessional' I would not cope at all.

Hey when you coming over for that beer we talked about??

Never come across that situation with a baby.

Though I do wish that some of the scum we do deal with would turn purple and stop breathing. If a police officer was the only person around able to save their life....being the kind of people most of us are, we probably would. Even though they would kick the s**t out of us any other day.

But it's your kindness and ability to reach past your own horror of the situation, to be there for the family, that really counts.

They needed you and you were there. From an MOP's point of view, that's the whole point of policing.

I remember going home after a shift in which I attended a cot death and going straight upstairs to see my two young sons soundly asleep.
I looked at them and then sat on the floor between their beds and went to sleep.
We are all human and emotion is not a weakness its a safety valve sometimes.

ASNT - We are going to Spain, me, you, Southwest! See my latest.

I've been in this situation a few times myself and it never gets any easier.
What makes it tolerable is the professional response of your fellow emergency workers at the time and their mutual support.
Keep your chin up, you do a great job.

Nearly all of my
Buy Diablo 3 items family possess or perhaps are in your causes or authorities, i am blessed we've got in no way dropped any person nevertheless this kind of matter simply just helpsGuild Wars 2 Gold kaufen make us unwell.