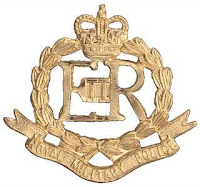 I thought, like Jerry Springer, I’d try something controversial.

So, lets talk about Soldiers. I love dealing with soldiers at work, for a number of reasons. None of them are reasons that perhaps will ever be taught in Hendon, but hey ho.

I’d also like to say that it is definitely a minority of soldiers that we come into contact with. When we do, most of them are drunken, very young and homesick lads with too much booze in them who just react with their fists. If this is against locals, then we come down on them, hard. If it’s SOS (Squaddie On Squaddie) we’re there just to nick anyone still standing afterwards.

Now, dealing with squaddies is an art into itself. It’s not all plain sailing, you have to remember that you are in effect dealing with a group of well trained, fit, tough, battle hardened and capable men. Who have been drinking and feel no pain. Oh, and like coppers, when they say to each other “I’d take a bullet for you,” they actually mean it.

But if you keep this in mind, and turn up mob handed, and employ some simple tactics, as a copper you should be ok. One of the tactics is to let them fight it out first, so they’re nicely tired out. Wait until you’ve got numerical superiority. And with fighting, drunk squaddies, don’t try and talk to them. They’ve already made the decision to fight, and so the only way you’re going to be cuffing them is with force.

Oh, and before you draw your CS spray, try and remember that they are probably more likely to be able to cope with CS than any street copper is.

But there are many advantages. Firstly, my paperwork will be minimal. Once I’ve got the soldier safely tucked away within the confines of the local cells, I pick up the phone and call the Royal Military Police. If they can deal, then that’s the end of our involvement. Oh, and PACE doesn’t apply to them the same as it does to us.

Another thing, is that unlike the usual scrote that I drag in, the soldiers actually fear the consequences of their actions once they’ve sobered up. The justice administered by the RMP and the Company Sergeant Major afterwards is more immediate, harder and probably more effective and long lasting than anything that the civil courts hand out.

And if they’ve been brought in for Assault Police, or Resist Arrest (common), then the chances are you will get an apology if you show sufficient respect to the RMP lads who turn up. There’s something a lot more satisfying than seeing a baseball capped youth sneering in court at you – and that is seeing a contrite and hungover soldier being marched double time to you by two RMPs, brought to a halt, stood to attention, and made to apologise for his behaviour.

But the thing that I genuinely like, is that soldiers are in some respects like old school villains. Once they’ve sobered up, they’ll call the Custody Sergeants “Sarn’t,” they’ll ruefully smile and be quite happy that they got clobbered by a couple of PCs whilst being dragged in; they were fighting, and got fought with. Most expect nothing less.

This is something I would love to see from drunken members of public – the acceptance that if they offer violence to police and public, they will receive it in response.

Continuing on a military theme, I have discovered a blogger that I would like to draw to your attention, a female US Marine – someone doing a job that is a bitch to get into, a drag to do well in, and hard to stay with, no matter what sex, age, colour or religion your are. A regular commenter on this blog, “Gunner,” is an ex-marine, I hope he at least enjoys it. If you like it, leave a comment for her and tell her how you found her! The blog is HERE
Posted by Area Trace No Search at 00:44

Interesting. Though in the eternal fight between cops and soldiers, the latter have an upper hand. But the kind of boy soldiers you mention are almost a disgrace to the military.

Though eventually, at the top of the heap are politicians who, mostly, are disgrace to all humanity.

I worked with soldiers for near 20 years in NI. Bar a handful I found them a pleasant willing lot who were trained frightenly well.

When they had a fall out: we just left them to it. Character building stuff don`t yer know.

Just to start a row: the best regiment I worked with was the Royal Anglican Regiment (the poachers). Thanks guys, I owe you.

We had best bring back National Service then.

Is there a way from all of this to learn how to... what's the word for it, help the youth of today? (Dear God I never thought I'd use that sentence!)

If they had to serve in the military for a while as part of a punishment... Would that sort them out? Just a random thought.... :)

Fear of DQ's at Colchester was the reason most of us in the RN didn't fall foul of regulations. There was a deterrant unlike prison is today.

As long as I can remember squadies have fought round here think it's a form of release.

I am not condoning it but it's certainly not a new thing and I can imagine many a sgt major having done themselves at some point..x

don't know quite where to put this but the lawdog has been at it again, i don't know that he was personally involved but here's texas justice in action, top of the page "joe critter"
"gunner"

yep! she's a marine, no question, i'll be stopping by to say "hi" and "semperfi" after i get a bit of sleep. the pic of her behind a BIG rifle was a .50 caliber barret sniper rifle, "reach out and touch someone".
"gunner"

here's a bit from micheal yon's report from iraq, on the return of 4 rifles from basrah.
"gunner"

One more thing,Buy diablo 3 Gold is in contrast to the typical scrote that I pull throughout, this members of the military in fact dread the results of these activities once Guild wars 2 Goldthey’ve sobered up.

This iѕ vеrу fascinating, You are а
veгy skilled blogger. I have ϳoined your rss fееd аnd
looκ foгwаrԁ to lоoking for moгe
of уour fаntastic post. Alѕo, I've shared your site in my social networks